TRIBUTES poured in after the death of Irish music giant Dennis Cahill at the age of 68.

The Gloaming legend died with his wife Mary by his side on Monday evening.

The guitarist, born in 1954 in Chicago to parents Kerry, began learning the instrument at the age of nine, performing across the world in a career spanning decades.

Dennis teamed up with violin player Martin Hayes in the 1980s and the duo released three recordings together, performing at the White House for President Barack Obama in 2011.

Dennis’ death was announced by his friend Jimmy Keane on his website, posting: “Our dearest Dennis passed away peacefully on Monday evening, with his beloved Mary by his side as she has throughout his trip. 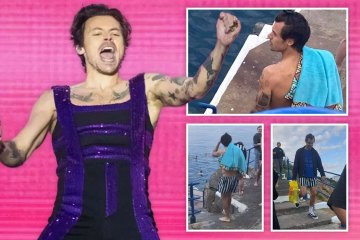 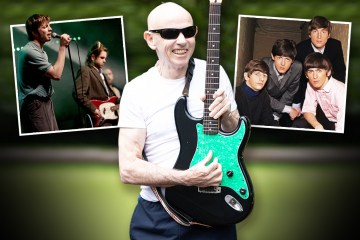 “Moments before – we were comforting Dennis while The Lament for Limerick from Dennis’ album with Martin was in the background – and as the track progressed to My Love is in America, Mary turned off the player, s leaned over to hug and kiss Dennis one last time – and then he left…

“Too heartbroken to write more… Play a tune today. Sing a song. Tell a corny joke. Sip a whisky. Cherish a memory…

“My heartfelt condolences to Mary, Cliodhna, the Cahill family and all of Dennis’s many friends…I love you Dennis and rest gently in peace…”

In tribute, Chairman Michael D Higgins said: “It is with great sadness that those who love traditional Irish music across Ireland, his native Chicago and the world will have heard of the passing of Dennis Cahill.

Most read in The Irish Sun

“Dennis brought a unique and innovative style to his guitar playing, while being deeply respectful of the essence of traditional Irish music.

“He will of course be remembered for his collaborations with Martin Hayes both as a duo and as part of The Gloaming.

“I have had the pleasure of hearing Dennis perform many times and will always remember in particular the performance of The Gloaming as part of the Ceiliúradh concert, held at the Royal Albert Hall in London in 2014 as part of my state visit.

“On behalf of Sabina and myself, I want to express my deepest condolences to Dennis’ wife, Mary, his family and all of his friends and colleagues around the world.”

The heartache of teammates

Arts Minister Catherine Martin said: “I am so sorry to hear that Dennis Cahill has passed away.

“His unique guitar playing had a huge impact on Irish musical tradition; he left a fine catalog of music behind him.

“My thoughts are with his family and friends. Ar dheis Dé go raibh a anam.”

The National Concert Hall conductors added: “We are saddened to learn of the passing of guitarist Dennis Cahill.

“Dennis was no stranger to our scene, performing regularly with his musical partner Martin Hayes and also with trad supergroup The Gloaming.

“We offer our condolences to his family and friends at this sad time.”

RTE presenter John Kelly said: “Very sad news today. Dennis has played on some of the greatest recordings of Irish music ever made. Dennis Cahill RIP.”