The campaign, by Publicis Poke, invites people to scan a QR code on digital screens in cities including New York, Sydney, London and Milan. They can then choose to play various acts from the “Green Button Festival”, including the Hot House Flowers performing at Temple Bar in Dublin and Kíla in Newgrange. As music plays on their phone, accompanying visuals will appear on digital screens.

The campaign is supported by an online hub at Ireland.com where people can also watch the performances while merchandise such as tote bags, photo frames and more will be used on display sites to bring life to the theme of the festival.

“Our Green Button Festival will bring some of Ireland’s best-loved and up-and-coming shows to millions of potential holidaymakers around the world,” Mark Henry, Tourism Ireland’s central marketing manager, said in a statement. “We are using the day to show the breadth of musical talent the island of Ireland has to offer and encourage people to come and visit to experience it for themselves. We want to remind everyone what they’ve been missing in the last two years and how really fun St. Patrick’s Day can be. 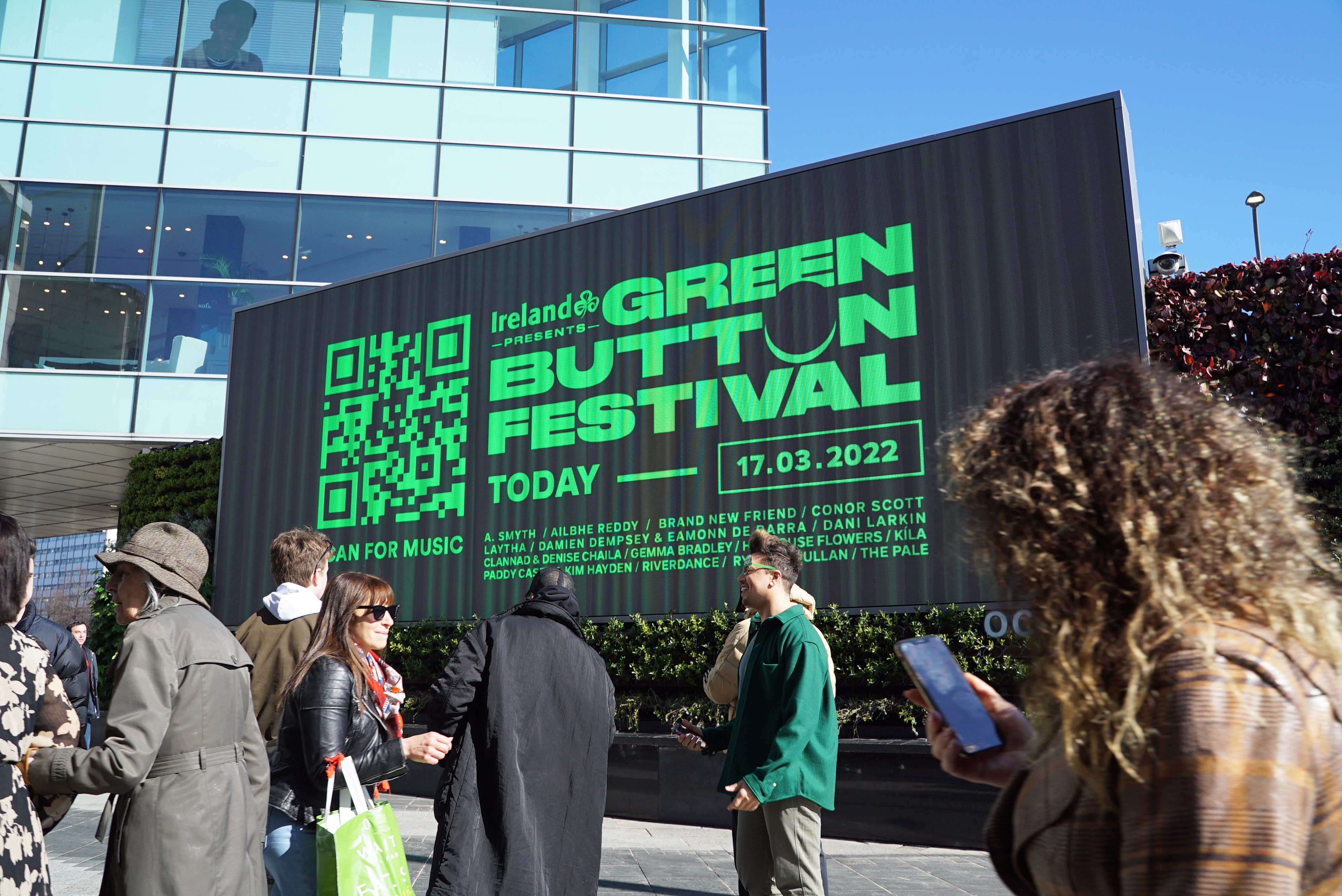 The campaign is part of a larger “Green Button” themed campaign that debuted in 2021 across 14 markets. So far it has included outdoor, social, billboard, influencer, PR and commercial events, as well as a set of street art murals in London’s Shoreditch to bring the landscapes greens of Ireland on the streets of East London. 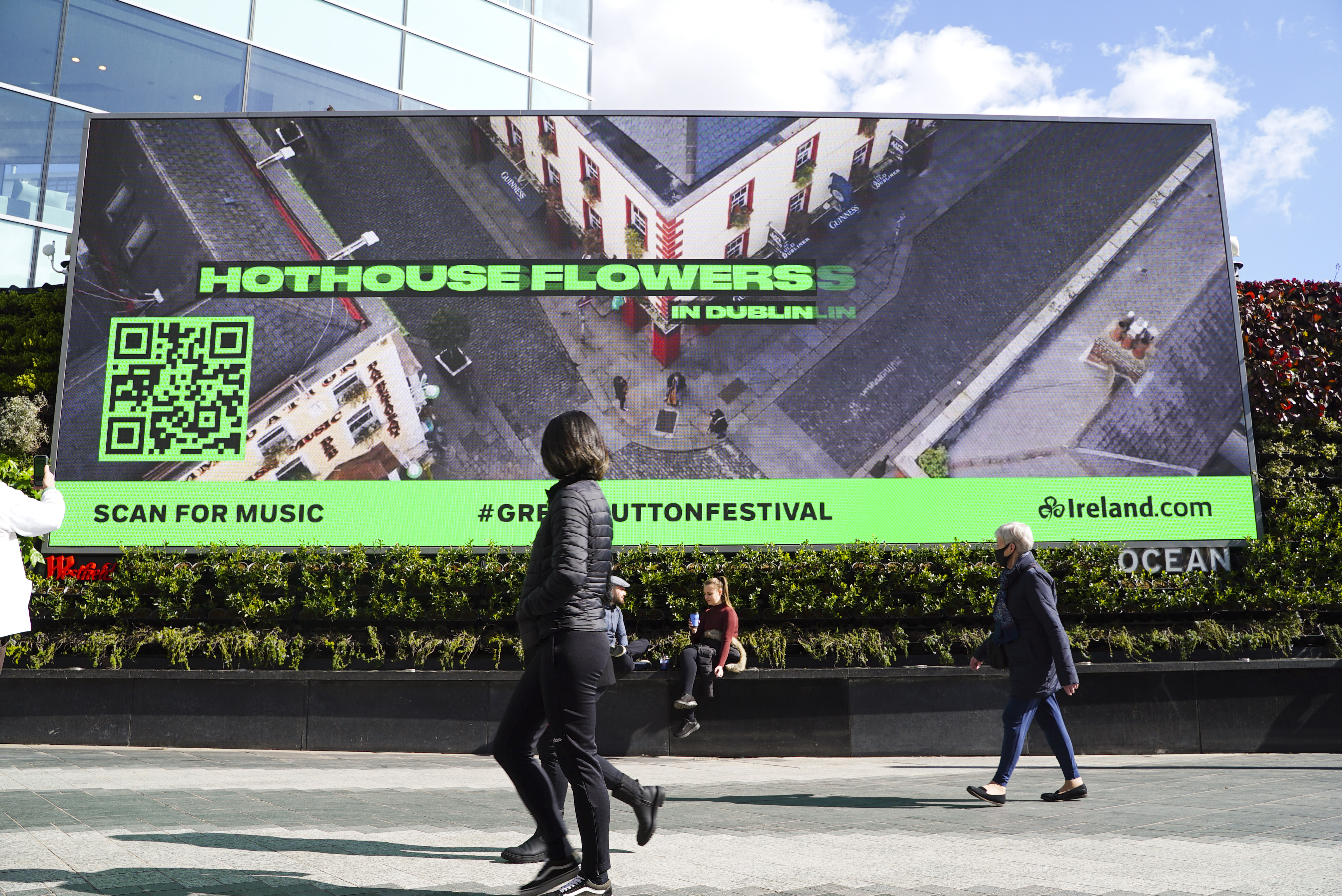