The Dublin native, who has been in the industry for almost 50 years, will receive the Musician 2022 gong at TG4’s annual Gradam Ceoil awards.

The awards ceremony, now in its 25and will take place in Dublin for the first time in its history and will be broadcast live on TG4 on Easter Sunday April 17 at 9.30pm from the National Concert Hall.

The annual Gradam Ceoil Awards, also known as the ‘Oscars of Traditional Music’, honor musicians who have advanced, strengthened and preserved traditional music in Ireland.

Paddy Glackin, described by TG4 as a “fiddler, accomplished performer, seasoned broadcaster, teacher, recording artist, archivist, collaborator – a true keeper of the flame”, will receive the evening’s top prize, it said. it was confirmed on March 24. .

“For almost half a century Paddy has made and continues to make a significant contribution to traditional music in Ireland,” said TG4 in announcing this year’s winners.

“Among the main influences were his father and later John Doherty, Tommie Potts and Padraig O’Keeffe,” they explained.

“Paddy was always keen to engage in new approaches – his seminal 1980 recording with Jolyon Jackson set a benchmark in opening up cross-fertilization within mainstream music and his work with the American composer of avant-garde John Cage was universally recognized.

“The founding violinist of Bothy Band, among many others with whom he has toured and recorded, is Mícheál Ó Domhnaill, Liam O’Flynn, Mícheál Ó Súilleabháin and Robbie Hannan,” they add.

Paddy Glackin will be honored at next month’s event

Elsewhere in the ceremony, Diarmuid Ó Meachair, from Cork, will receive the 2022 Young Musician award.

The Cúil Aodha native, who first took up the tin whistle, has always been immersed in the world of traditional Irish music and grew up singing with the Cór Cúil Aodha.

“His music does not only come from the region but also from the blood”, explains TG4. “Drawing inspiration from musicians such as Finbarr Dwyer, Jackie Daly, Johnny Connolly and blending this with techniques from John Kimmell and many Quebec musicians, Diarmuid is one of the most exciting accordion/melodeonists of his generation.”

This year, the 2022 Lifetime Achievement Award goes to Dolores Keane.

Described by TG4 as having “one of the most distinctive, moving and sweet voices of our generation”, as a young girl she was influenced by the singing of her aunts Sarah and Rita. “She began her career as a professional singer with Dé Dannan in 1975, where her unique, soulful and moving voice was heard across the world. Her work with John Faulkner brought new arrangements to the tradition that was to continue in the 1980s and early 1990s,” they explain.

“His recordings with The Reel Union Band, Solid Ground and Lion in a Cage were groundbreaking.”

Over the years she has collaborated with Emmylou Harris, The Chieftains, Paul Brady in Irish tradition song and other traditions.

Connie O’Connell will receive the Composer 2022 award that day.

O’Connell is a fiddler and composer from Cill na Martra, in the Múscraí Gaeltacht in West Cork.

“Connie’s music has been influenced by renowned violinists from nearby Sliabh Luachra, such as Denis Murphy, Pádraig O’Keeffe and Julia Clifford,” says TG4.

“In 2014, a collection of 69 of his compositions was released as two CDs (recorded by Connie and her daughter, Áine), as well as a tunebook.

“UCC – where Connie has taught violin since the 1980s – has made this Bóithrín na Smaointe project available as a free online learning resource.” 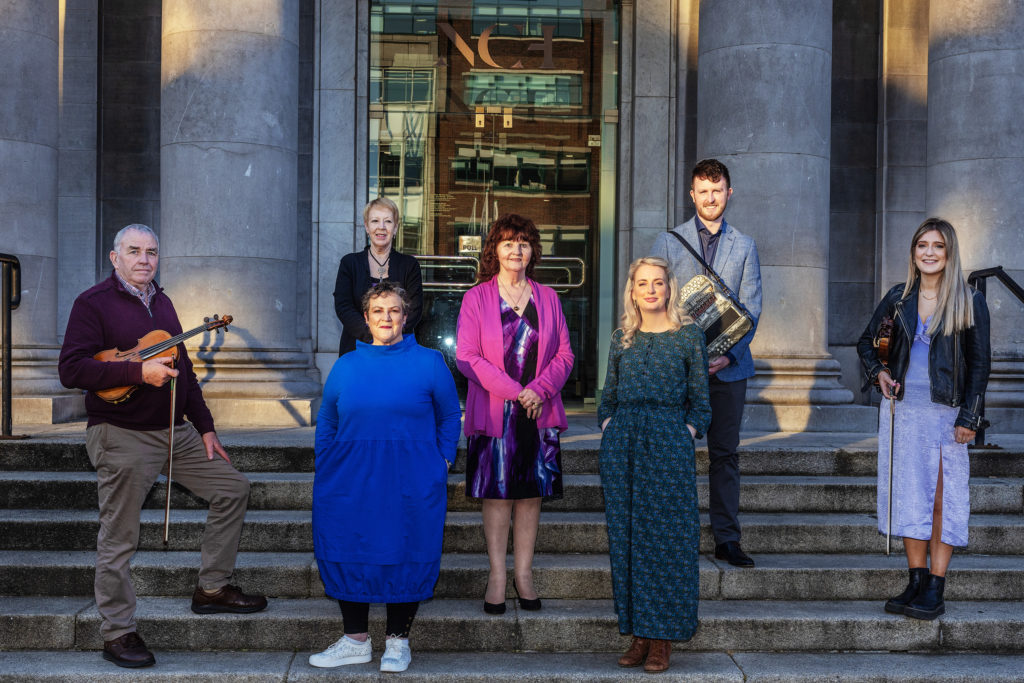 The singer grew up in Muiceanach Idir Dhá Sháile in the Conamara Gaeltacht rooted in the tradition of sean-nós.

She won the Corn Uí Riada at Oireachtas na Gaeilge in 1984, an award won eight times since by various members of the Griallais family; his sisters Nan and Nora and more recently, his son, Michael Frank Ó Confhaola and his niece Celia Ní Fhátharta.

“Sarah was appointed singer-in-residence at NUIG in 2017, her songs have been recorded by Cló Iar–Chonnacht and most recently ‘Idir Dhá Sháile 2’ by Gael Linn,” explains TG4.

“Edwina was steeped in the music of Leitrim and Roscommon as a young child,” TG4 said.

“She is a dancer, dance teacher, choreographer, artistic director and cultural activist who, since the age of 16, has innovated and shaped various projects and gatherings that all explore the relationship between music and movement.

“She works tirelessly to promote the cultural treasures of her hometown of Leitrim through her work with most cultural and arts organizations in Ireland today.

“She has performed with the greatest musical groups in Ireland today and is without doubt one of Ireland’s leading solo dancers.”

The emergence of Skara Brae in the early 1970s revived interest in traditional Irish singing at a time when it was in danger of disappearing.

They produced a unique and groundbreaking sound that challenged the traditional view of sean-nós singing, but remains fresh and innovative to this day.

“Their distinctive sound is rooted in tradition while drawing inspiration from emerging 1960s pop and folk bands such as the Beatles, Bob Dylan and Joan Baez,” says TG4.

“A new and emerging young audience was gripped by Skara Brae’s raw, edgy and fresh sound and their 1971 album continues to inspire generations of traditional Irish singers and musicians to this day.” 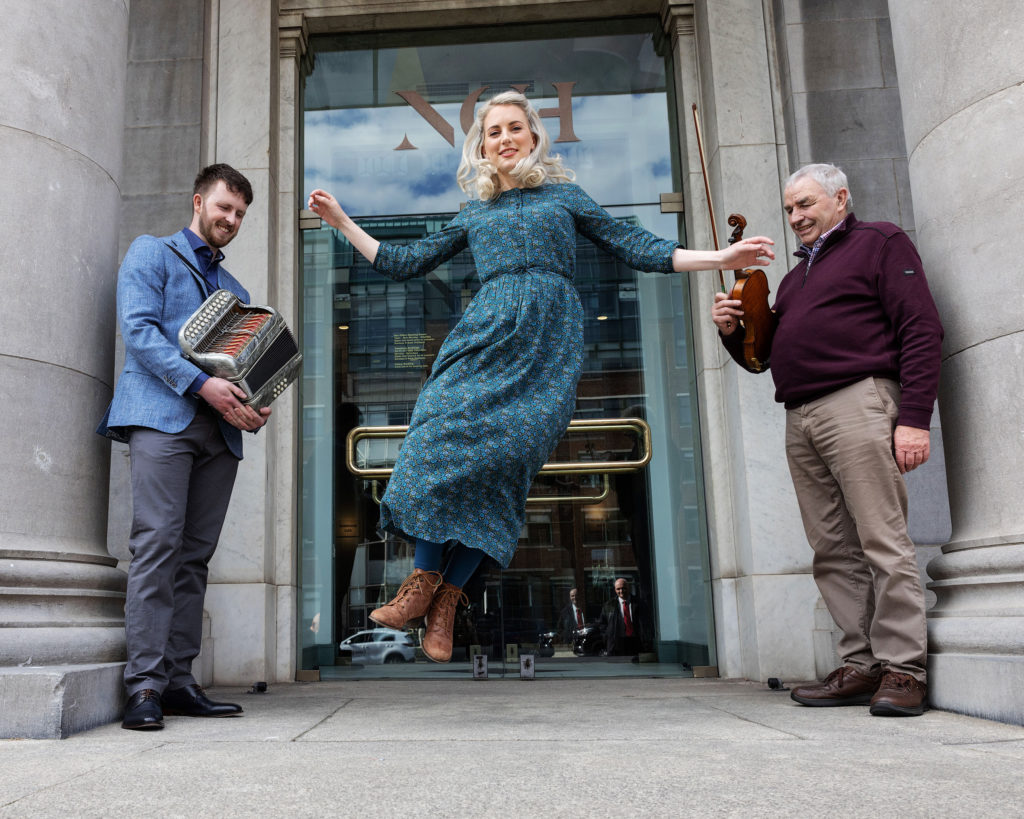 An independent jury selects the recipients each year – This is not a competition.

Recipients of the Gradam Ceoil receive a specially commissioned piece by renowned sculptor John Coll as well as a small stipend.

This year’s awards will be presented at the Gradam Ceoil TG4 concert at the Nation Concert Hall in Dublin on Easter Sunday 17 April.

In this live televised concert, hosted by Doireann Ní Ghlacáin & Páidí Ó Lionáird, the 2022 Gradam winners will be accompanied on stage by their own special musical guests in a unique, star-studded line-up of musicians and award-winning presenters.