Danú, a leading traditional Irish ensemble, will perform at Elon on Tuesday March 8 at 7:30 p.m. at the McCrary Theatre.

Hailing from various historic counties in Ireland, Danú is one of today’s leading traditional Irish ensembles. The band take audiences on a musical journey through their native Ireland, delivering a moving and memorable concert experience, delighting audiences around the world with traditional Irish music.

On Tuesday, March 8, Danú will present an energetic performance, a glorious blend of old Irish music and new repertoire to Elon at the McCrary Theater at 7:30 p.m.

Danú has recorded seven critically acclaimed albums. The group was formed in 1995 as part of the Interceltic Festival of Lorient in France, the largest annual gathering of Celtic nations in the world. Their debut album, “Danú” was released by the band in 1997 to critical acclaim.

In 1999, Danú signed a multi-album recording contract with American label Shanachie Entertainment. They then released five albums. Their live DVD, “One Night Stand”, was filmed at Vicar St. Dublin. Over the past few years, Danú has added three independent releases to his discography. 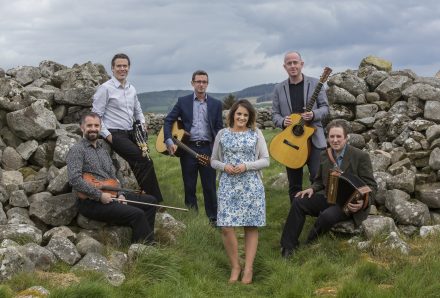 Over the past two decades, Danú performers have turned to instruments such as the flute, whistle, fiddle, button accordion, bouzouki, and singing (Irish and English). Danú has toured the world, with concerts in the Middle East, North America at the Hollywood Bowl in Los Angeles, Symphony Space in New York, as well as major concerts in Europe and Asia.

Danú has won numerous awards from the BBC and Irish Music Magazine. Popular recordings are also often played on NPR, CBC and BBC.

Tickets will be $15 for the general public or proof of Phoenix cards for students. Tickets are also available in line.