SEVERAL Irish food brands are being forced to take drastic measures to protect their businesses from the negative impact of new customs rules now in place due to Brexit.

On January 1, 2021, the UK transition period for Brexit came to an end.

The nation’s official exit from the EU’s single market saw the entry into force of a new customs regime.

It forces companies that import and export between Britain and the EU to complete additional paperwork, cover additional costs, make previously unnecessary declarations and, sometimes, experience trade delays when their products are held up. at the border.

For Irish food and drink brands, many of which have worked closely with UK suppliers and buyers for decades, the new rules have caused confusion and uncertainty, to say the least.

In the worst-case scenario, the new customs framework has forced them to completely sever their ties with their UK partners, opting for alternative options based within the EU.

In a special Irish Post report, we spoke to three Irish food and drink companies about their experiences with the new customs regulations imposed by Brexit.

For Patricia Farrell, who runs Wilde Irish Chocolates from her artisanal chocolate factory in east Clare, the new rules have had a significant impact on the business.

“We have been negatively affected by Brexit, especially in our supply chain, as we have had difficulty acquiring products from our usual suppliers in the UK due to customs issues,” he said. she told The Irish Post.

â€œSo we have worked hard to supplant these suppliers with those from EU countries. “

For Colm Healy, owner of Skelligs Chocolate in Kerry, it was a similar experience.

“Brexit has caused confusion and uncertainty on the one hand, and red tape, delays and additional costs on the other,” he told The Irish Post.

“We have now made the decision not to ship to the UKâ€¦ and we are trying to source ingredients only from EU countries.”

Joe Murphy is Managing Director of All Ireland Foods, a Wexford-based company that exports Irish food brands around the world.

The company was forced to suspend all deliveries of refrigerated food to the UK for several weeks following rule changes that came into effect on January 1.

“It took two weeks for the packages to go through customs and by then the food had gone bad,” he told The Irish Post.

Read their accounts in full below …

Patricia Farrell, owner of Wilde Irish Chocolate, is an artisanal chocolate producer whose factory is based in Tuamgraney, east of Clare, on the shores of Lough Derg.

They also have a store in Doolin, Co. Clare and the Limerick Milk Market.

The company, which is made up of a small, dedicated team that handcraft over eighty different types of chocolate, eighteen varieties of fudge and many other delicious chocolate treats, was founded in 1997.

Having established itself as one of Ireland’s leading chocolate producers, it has also become a favorite with foodie customers in Britain, with their products regularly sent by Irish fans as gifts for loved ones away from home.

Unfortunately, since the start of Brexit, the company is no longer negotiating with the UK.

â€œHave we been impacted by Brexit? – the only answer is yes, â€she told The Irish Post.

“We have been negatively affected by Brexit, especially in our supply chain, as we have had difficulty acquiring products from our usual suppliers in the UK due to customs issues,” she said. added.

“So we worked hard to supplant these suppliers with those from EU countries, the main result being that we spent a lot less money on British suppliers,” admits the businesswoman.

“We have also reluctantly taken delivery to UK addresses on our website, as customs and other additional charges imposed on recipients make it excessively expensive to receive the cheapest chocolate gifts from friends in Ireland.” 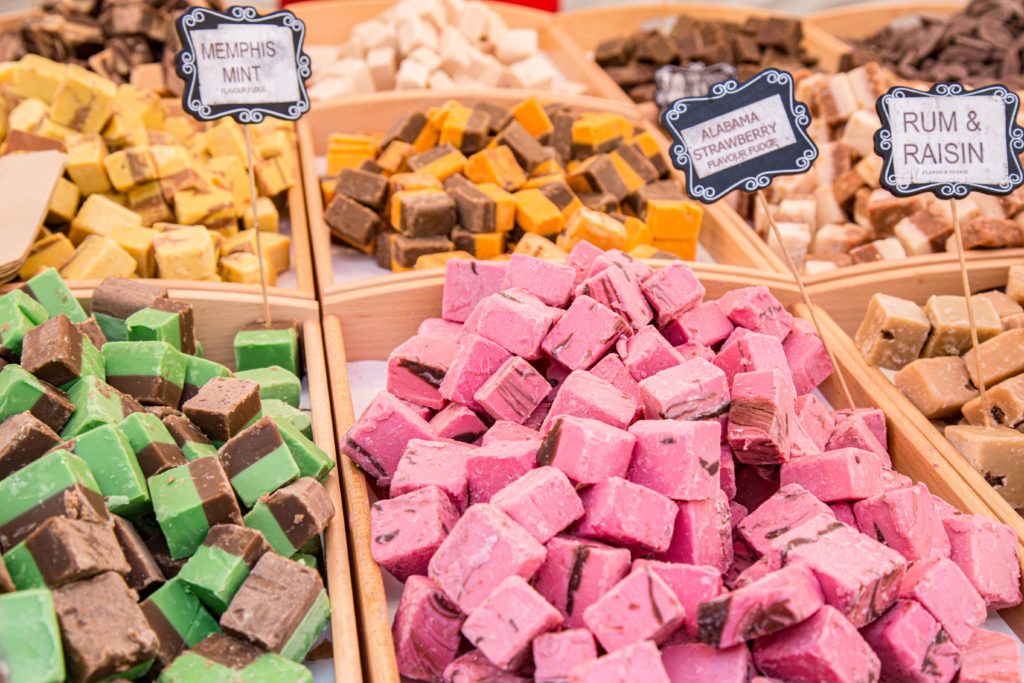 ALL FOODS OF IRELAND

After initially being forced to halt all refrigerated food exports to Britain, due to customs lockdowns ruining products, the heartache facing UK exporters at the border has continued to offer some sort of victory to the ‘business.

“Believe it or not, Brexit has benefited many Irish food companies and, as Irish hero Daniel O’Connell put it, England’s difficulty is Ireland’s opportunity,” said Mr. Murphy at The Irish Post.

‘We have seen a 20% increase in sales of organic products due to Brexit, as British expats living in the EU can no longer have their food shipped from the UK, due to tariffs, delivery delays and some food products such as fresh meat from the EU. will not allow entry.

He explained: ‘My target market is Irish expats living abroad who want Irish food and our business model is that if it is not grown, raised or made on the island of Ireland, we do not. will not sell it on our site.

â€œWe now have UK expats contacting us and placing orders because they can’t get the cuts of meat they want, like ham, sausage, stews and pudding etc.

â€œWe offer overnight delivery of chilled food throughout continental Europe and the feedback we receive on the quality we send is phenomenal. “

However, all has not been positive for the company.

“The problem we had was that we had to suspend all deliveries of refrigerated food to the UK because it took two weeks for the packages to go through customs and by then the food had gone bad,” reveals Mr. Murphy.

â€œOver the past week we have started shipping refrigerated food to the UK because UK ports start to resume service ahead of Brexit,â€ he adds.

For Mr Murphy, if your business is able to fill the market gaps caused by Brexit, there is money to be made.

â€œThere are hundreds if not thousands of British food stores across Europe serving British expats and these stores have been supplied by Marks & Spencer and CO-OP,â€ he explains.

“Now the shelves in these stores are empty and these big UK multiples can’t send them stock and guess who is now stocking these UK stores?”

â€œYes, you guessed it, Irish wholesalers.

“From talking to Musgraves and Stonehouse, these guys are sending containers full of Irish food to fill the UK shelves.” 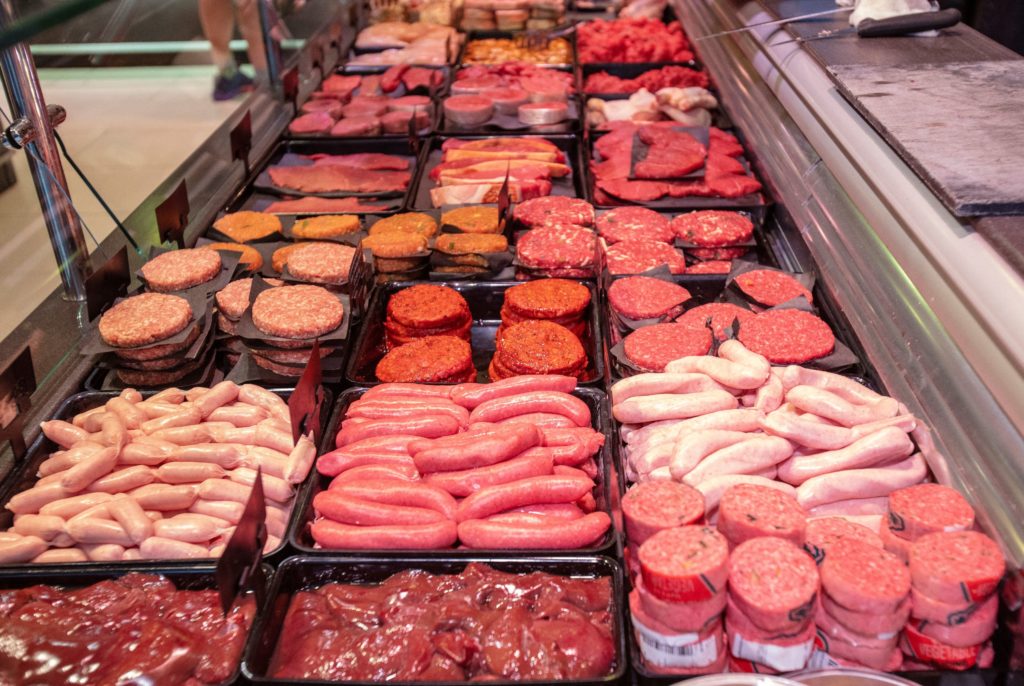 Colm Healy is the owner of Skelligs Chocolate.

Located on the Skelligs Ring, just off the main Ring of Kerry road, and nestled along the Wild Atlantic Way, the company has Ireland’s only fully ‘open’ chocolate production kitchen, where you can relax. come closer and see their products made in front of you.

These products have always included raw materials imported from Great Britain by the family business.

Now, with Brexit customs checks proving too complicated for a relatively small business, they are choosing to find their ingredients only in EU countries.

“To be honest, the impact of Brexit is very straightforward in terms of the problems it is causing us and many small businesses in Ireland and the UK,” Mr Healy told The Irish Post.

â€œIt’s confusion and uncertainty on the one hand, and red tape, delays and additional costs on the other. “
He explained, â€œCustomers don’t know if when they order from us it will come quickly and if there might be additional charges due, depending on what they are ordering and the value of the order.

â€œThen when we try to buy raw materials, there are delays in the supply chain and additional costs due to paperwork or in extreme circumstances, the ingredients might no longer be exported to the EU. “

He added: ‘It’s not a huge disruption now as we have made the decision not to ship to UK except Northern Ireland and we are trying to source ingredients only. in EU countries.